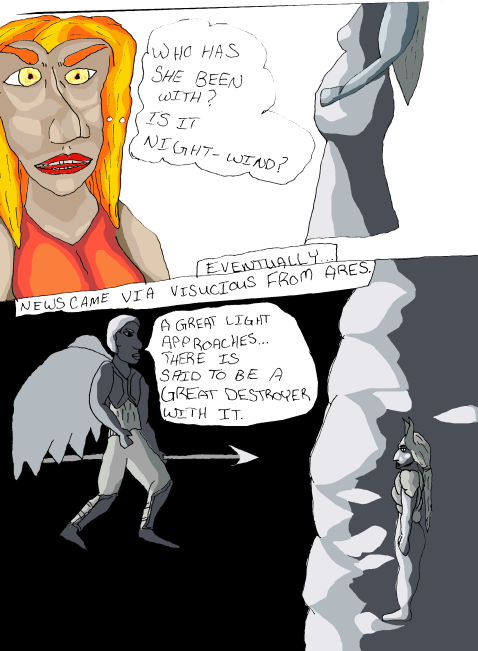 A few years back, a friend (then more of acquaintance to me) saw my early comics and stories, and mentioned something about Webazines. I hadn’t heard of one, or had memory of the name/word so he kindly explained what he was talking about for me.

I have created a channel on youtube, for the purpose of telling stories in a webazine format, with sounds, oration, art, and music. I have planned 34 episodes for this year, so I can take a rest to work on more works. Not every year will be as often or as many episodes.

For 2018, my schedule makes it so every episode is released on every Monday. I am using my collection of Fairy Tales, which I created for a world building exercise of a planet which is within my universe/collection of manuscripts.

The first 5 episodes are already on the channel. Story Time With Wookie. So far there are no hangups for creating the content, but I try to keep subscribers updated if I can’t meet my deadlines for the channel.

The process is basically, edit the manuscript, no matter the draft its in (especially these works, as they are my earlier ones and I can’t say I was as skillful an author as I am now, just happens). Record the audio for the story (basically reading the manuscript). I have started doing each paragraph in takes which I had not been doing earlier. It has helped a lot with consistency and reducing mishaps in reading. Then I spend the rest of the day I record, drawing the story art, going as long as I am able til I need to sleep. The next day I compile it in Vegas Pro 14 which I received from a humble bundle and haven’t regretted the cost yet. Generally I have enough time to find a listener for feedback before I release it on the channel.

The format has gone through changes. For instance, the first episode has no Title nor credits. It was just oration and pictures. Thanks to some kind viewers from around servers on discord and twitch, was given some suggestions for the content, which greatly helped in the end. Not all of the 34 stories were ever critiqued, I only showed maybe 11 of them to anyone for edits/critiques. So it’s a bit of a process for some of them, which I imagine will be fun either way.

Some of them were however shared on places like FWO (Fantasy Writers .Org) which is a great community that works on reciprocation. One particular individual gave me a promotion on their blog and I was so thankful, it is the reason I believe, that any of my writings made sales at all.

This also means, I am no longer distributing works through Ebook or Carbon Copy. For whatever reason, my last ebook I wanted to publish, my self publisher gave me a hassle and I had no idea how to resolve the issues they brought up. So I closed my accounts, deleted my content from their servers and started the channel on youtube. There are still some stories on the writer’s forum. I haven’t posted all of them, but basically you just need a free account if you really want to see the written words.

I plan on doing some more complex type works in the future. 2019 is likely going to be featuring 3 mini series, and perhaps a four story collection. It’s a toss up with the collection and another shorter collection. But my plans for the art are a lot different from the 640p works I am doing for this year.

To give you an idea for what I mean,

This is the latest character I have introduced into my universe, and the style of the art I want for his story.

This means I will be going a lot slower on the episodes. likely the season will go as long as the 2018 one is planned for, just with more time for the works. That’s just one scene of a paragraph and it took 4 days to get to that point, and I’m still not 100% satisfied with it. I’ll find out if it’s possible with a monthly release. If anything I could do 10 scenes in a month’s time of work, it’s likely to be only 7 or 8 scenes, as I will need more time for other things.

Aside from the issues with my self publisher, I have made the decision to publish all current and future works on youtube for a few reasons. One is mostly the way the domain works for content and revenue. People would not have to purchase any of my works, and still enjoy them, and I have the opportunity to earn based off views and subscribers, so that’s something I consider a lot more fair to content creators and fans.

There are some issues with hosting it on youtube that I could see arise. For instance, I wouldn’t want the younger audience the ability to consume my more mature audience type of works. Of coarse I can warn about it and use age restriction for them. But I just imagine some parent’s account subscribed and a child watching thinking its safe for them. I have no intentions of drawing the really demented scenes, especially any that could be traumatizing to victims of sexual assault.

I currently don’t have plans to use my art created for older works. Basically anything drawn before winter of 2017 is not going to be used in the episodes. There is going to be what I hope are major improvements in my art.

I did recently purchase some books on traditional animation, so I have plans for some animated features in the distant future. I really don’t want to recycle the stories for that sort of thing, so it will be a new story or set of stories.

I hope you enjoy the works should you decide to surf-in and check the stuff out. So far it’s a very fun process with much enjoyment for me as an author and artist and musician.

Hope everyone spent their holidays in reflection and with family.

I am pleased to announce the publication of the first book in the Sun Champion series, Kalvgv: The Woes of Birth

You can currently obtain a copy at lulu. In a few weeks it will be on Amazon, Barnes and Nobles and other places ebooks are sold.

I really hope you enjoy this story. I enjoyed every moment making it, and alot of energy went into it.

Hello everyone. These last two months have been important to me personally, as last month I celebrated the life of my late grand uncle Brokenfeather, and with this month it continues from the celebration of native heritage.

The family likes to tell a story of a 100 year old ginseng root my grandfather found and lost to a conservation officer. So I decided to make a legend about such a root, only it lives in a way that man does.

The first collection of books are about the Sun Champion Kalvgv, with the first book being Woes of Birth. 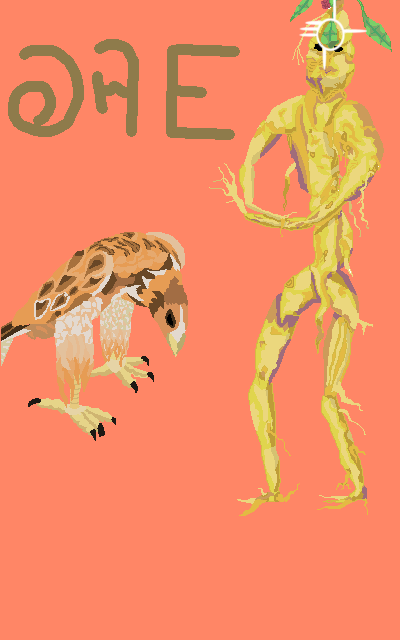 This is the cover I have prepared for its upcoming publication on the last sunday of November. Each book of the collection will be released as free ebooks for your enjoyment.

The entire installment of the Sun Champion will then be compiled into a physical version for purchase.

Thank you all, and have a wonderful time.

So the technique for blending I had used received some negative feedback among artist friends and colleges. While it may be stylistic, it wasn’t my perceived goal. Ideally something remarking of Western comic influence from 60s and 70s Marvel and DC was a goal. However I spoke with a few artists and realized a new look.

This is the technique I have decided to use for now for this project. I feel it will allow for a much more appealing and aesthetic work of art.

It’s been a good while with no real progress. I returned tonight and finished a page for polishing later. I have been slowly working on the sequel to the series, trying to achieve it’s own perfection.

Having written this has been so enjoyable along the way.

A new compact version of the novel is now available, it is cheapest if purchased through the publisher’s website, as amazon can expect to be 50% higher in cost. http://www.lulu.com/shop/leon-sandcastle/cupids-rising/paperback/product-23299283.html

Things have slowed a bit for production, but I feel a new wave of creativity coming.

I have started the slow process of blending the work. This one frame took about 4 hours to complete, it is a slow process but I feel it’s necessary for creating quality work.

I apologize that this week’s submission is one page short, but my schedule has been hectic these days.

Alright, so I was able to complete the line art for the first chapter, thus completing the 1st phase for production. Once the line art is colored, I will return and blend the pages and resubmit the works.

In this first chapter, we will see the drama that is always associated with the personified gods. Personified in the sense that we truly know nothing about what it’s like to be a god, and are incapable of deification.

Actions from earlier will come back on the characters and ruin things for them. Consequences and ramifications to come.

‘All the characters in the story, have some significance to the Morning Star. In terms of pantheons and divinity of stars.

One thing which is important to note about the story, is that Psyche and Cupid never happened in this time line, and are within a separate multi-verse.

Thanks for reading thus far 🙂

Well on the way into the designing of the graphic novel Cupid’s Rising. Already this saturday’s submission of pages is prepared and ready, with the exception of one page.

I am trying to set up a gallery page for the artists that have helped me in my journey in some way or another, to celebrate the creative methods of people who are truly good people. If you know anyone wanting to be featured in the gallery section, feel free to contact me using the form at Contact Page.

A big thanks to Beth Turnage! She has set up a special site for Sci-fi/Fantasy authors and has promised to include this blog in the feed for the future. She is a wonderful person, and professionally ghost writes for a living, she also has some of her own works. Be sure to check her out on Amazon.

I have not figured out how to protect younger viewers for future submissions of the art, as some of the material gets quite heavy and dark and nsfw at times, not that it will be terribly graphic, but the nature may upset some people. So please be aware of this. It should not arise for the near future however.

I am working on reformatting the novel to a smaller publication size, and reduce page count as to make it more affordable for the future.

Welcome to my domain! I appreciate you taking the time to check things out, and if you feel so inclined, commenting on things you see.

Especially, thank you for your time today.

Please remain safe and well in your days, and be as happy as possible. The best 🙂